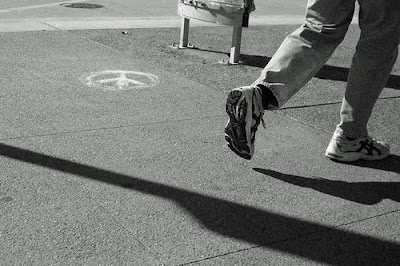 Along with every other concerned mama, I’ve been watching America’s response to the bullying related suicides closely. People seem to be quite shocked by the cruelty that’s happening in America’s schools. I’m confused by their shock. I’m also concerned about what’s not being addressed in their proposed solutions.

The acceptable response seems to be that we need to better educate students and teachers about what bullying is and how to react appropriately to it. This plan is positive, certainly. But on its own, it seems a little like bailing frantically without looking for the hole in the boat through which the water is leaking.

Each time one of these stories is reported, the tag line is: “kids can be so cruel.” This is something we tend to say. Kids these days, they can be so cruel. But I think this is just a phrase we toss around to excuse ourselves from facing the truth. Because I don’t think kids are any crueler than adults. I just think kids aren’t quite as adept yet at disguising their cruelty.

Yesterday I heard a radio report that students who are most likely to be bullied are gay kids, overweight kids, and Muslim kids.

I would venture to guess that at this point in American history, gay adults, overweight adults, and Muslim adults feel the most bullied as well.

Children are not cruel. Children are mirrors. They want to be “grown-up.” So they act how grown-ups act when we think they’re not looking. They do not act how we tell them to act at school assemblies. They act how we really act. They believe what we believe. They say what we say. And we have taught them that gay people are not okay. That overweight people are not okay. That Muslim people are not okay. That they are not equal. That they are to be feared. And people hurt the things they fear. We know that. What they are doing in the schools, what we are doing in the media – it’s all the same. The only difference is that children bully in the hallways and the cafeterias while we bully from behind pulpits and legislative benches and one liners on sit-coms.

And people are sensitive. People are heart-breakingly sensitive. If enough people tell someone over and over that he is not okay, he will believe it. And one way or another, he will die.

So how is any of this surprising? It’s quite predictable, actually. It’s trickle-down cruelty.

I don’t know much. But I know that each time I see something heartbreaking on the news, each time I encounter a problem outside, the answer to the problem is inside. The problem is AWAYS me and the solution is ALWAYS me. If I want my world to be less vicious, then I must become more gentle. If I want my children to embrace other children for who they are, to treat other children with the dignity and respect every child of God deserves, then I had better treat other adults the same way. And I better make sure that my children know beyond a shadow of a doubt that in God’s and their father’s and my eyes, they are okay. They are fine. They are loved as they are. Without a single unless. Because the kids who bully are those who are afraid that a secret part of themselves is not okay.

Whoever you are, whoever you become. You are loved. You are a miracle. You are our dream come true.

Chase, here is what would happen in our home if one day you tell your father and I that you are gay.

Our eyes would open wide.

And we would grab you and hold you tighter than you would be able to bear. And while we were holding you we would say a silent prayer that as little time as possible passed between the moment you knew you were gay and the moment you told us. And that you were never once afraid to tell us. And we would love you and ask you one million questions and then we would love you some more and finally, I would likely rush out to buy some rainbow t-shirts, honey, because you know mama likes to have an appropriate outfit for every occasion.

And I don’t mean, Chase, that we would be tolerant of you and your sexuality. If our goal is to be tolerant of people who are different than we are, Chase, then we really are aiming quite low. Traffic jams are to be tolerated. People are to be celebrated. People, every person, Is Divine. And so there would be celebrating. Celebrating that you would be one step closer to matching your outsides with your insides, to being who you are. And there would be a teeny part of my heart that would leap at the realization that I would forever be the most important woman in your life. And then we would tell everyone. We would not concern ourselves too much with their reactions. There will always be party poopers, baby.

We just wanted you to know this, honey. We’ve worried that since we are Christians, and since we love The Bible so much, that there might come a day when you feel unclear about our feelings about this. Because there are a few parts in The Bible that discuss homosexuality as a sin. So let us be clear about how we feel, because we have spent years of research and prayer and discussion deciding.

Chase, we don’t believe that homosexuality is a sin. Your parents are Christians who carefully choose what we believe and follow in the Bible. Some will tell you that this approach to Christianity is scandalous and blasphemous. But the thing is, honey, that the only thing that’s scandalous about this approach is admitting it out loud. The truth is that every Christian is a Christian who picks and chooses what to follow in the Bible.

Several years ago I was in a Bible study at church, and there was some talk about homosexuality being sinful, and I spoke up. I quoted Mother Teresa and said “When we judge people we have no time to love them.” And I was immediately reprimanded for my blasphemy by a woman who reminded me of 1 Corinthians 6: 9-10. But I was very confused because this woman was speaking. In church. And she was also wearing a necklace. And I could see her hair, baby. She had no head covering. All of which are things that are sooooo totally against the Bible Rules. * And so I just assumed that she had decided not to follow the parts of the Bible that limited her particular freedoms, but to go ahead and hold fast to the parts that limited other people’s freedoms. I didn’t point this out at the time baby, because she wasn’t a bad person. People are doing the best they can, mostly. It’s best not to embarrass people.

What I’m trying to say is that each Christian uses different criteria to decide what parts of the Bible to prioritize and demonstrate in their lives. Our criteria is that if it doesn’t bring us closer to seeing humanity as one, as connected, if it turns our judgment outward instead of inward, if it doesn’t help us become better lovers of God and others, if it distracts us from remembering what we are really supposed to be doing down here, which is finding God in every human being, serving each other before ourselves, feeding hungry people, comforting the sick and sad, giving up everything we have for others, laying down our lives for our friends . . . then we just assume we don’t understand it yet, we put it on a shelf, and we move on. Because all I need to know is that I am reborn. And here’s what I believe it means to be reborn:

The first time you’re born, you identify the people in the room as your family. The second time you’re born, you identify the whole world as your family. Christianity is not about joining a particular club, it’s about waking up to the fact that we are all in the same club. Every last one of us. So avoid discussions about who’s in and who’s out at all costs. Everybody’s in, baby. That’s what makes it beautiful. And hard. If working out your faith is not beautiful and hard, find a new one to work out. And if spiritual teachers are encouraging you to fear anyone, watch them closely, honey. Raise your eyebrow and then your hand. Because the phrase repeated most often in that Bible they are quoting is Do Not Be Afraid. So when they tell you that gay people are a threat to marriage, honey, think hard.

I can only speak from my personal experience, but I’ve been married for eight years and barely any gay people have tried to break up my marriage. I say barely any because that Nate Berkus is a little shady. I am defenseless against his cuteness and eye for accessories and so he is always convincing me to buy beautiful trinkets with our grocery money. This drives your sweet father a bit nuts. So you might want to keep your eye on Berkus. But with the exception of him, I’m fairly certain that the only threats to my marriage are my pride and anger and plain old human wanderlust. Do not be afraid of people who seem different than you, baby. Different always turns out to be an illusion. Look hard.

Chase, God gave you the Bible, and He also gave you your heart and your mind and I believe He’d like you to use all three. It’s a good system of checks and balances He designed. Prioritizing can still be hard, though. Jesus predicted that. So he gave us this story. A man approached Jesus and said that he was very confused by all of God’s laws and directions and asked Jesus to break it down for him. He said, “What are the most important laws?” And Jesus said, “Love God with all your heart, mind and soul, and love others as yourself.” ** When in doubt, Chase, measure all your decisions and beliefs against that. Make damn sure that you are offering others the same rights, courtesies, and respect that you expect for yourself. If you do that, you can’t go wrong.

Chase, you are okay. You are a child of God. As is everyone else. There is nothing that you can become or do that will make God love you any more or any less. Nothing that you already are or will become is a surprise to God. Tomorrow has already been approved.

And so baby, your father and I have only one specific expectation of you. And that is that you celebrate others the way we celebrate you. That you remember, every day, every minute, that there is no one on God’s Green Earth who deserves more or less respect than you do, My Love.

“He has shown you what is good. And what does the Lord require of you? To act justly and to love mercy and to walk humbly with your God.” ***

PS. We thought we should mention, honey, that if you’re straight, that’s okay too. I mean, it’d be a little anti-climactic now, honestly. But your father and I will deal.

PPS. All of the above holds true if you are overweight or Muslim too. No problem on either count.

PPPS. As daddy read this essay, I watched his gorgeous face intensify. He teared up a little. Then he slammed the letter down on the kitchen table and said emphatically and without a touch of irony, “DAMN STRAIGHT.”

Which, when you think about it honey, is really the funniest possible thing daddy could have said. 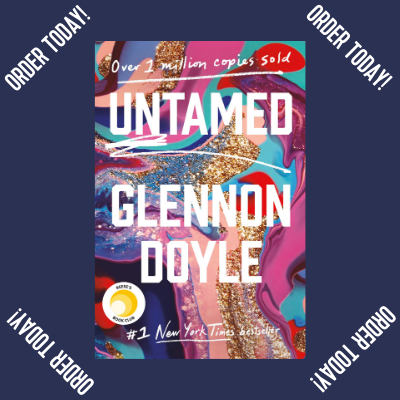