I think the warrior is one who has the right job description for parenting.

The warrior parent knows that it is not her job, nor her right, to protect her child from pain. Her job is to direct her child toward her own warrior path—to point to the pain and say: Do not be afraid. You are hardwired to not only survive that pain but to find your wholeness and purpose there. Let’s go, baby. We can do hard things. And then to walk her through her pain again and again—head held high, mind and heart and eyes wide open—so that when she’s gone, her baby can walk her path without her.

The warrior parent allows her child to be a warrior.

This is What Brave Means 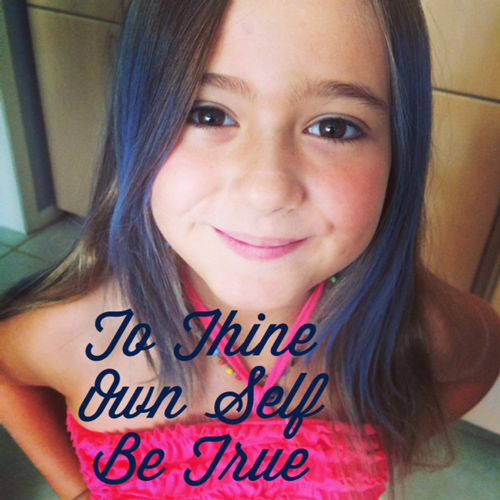 Imagine a bunch of adults who adore their kids and grandkids are sitting in a boat while 2 nine-year-old cousins (boy and girl – 18 days apart in age) are on a cliff, contemplating jumping into the lake below. All the voices from the boat are yelling to the cousins, “You are so brave! Be brave! You can do this! Be brave!” They yell this again and again and over and over and louder and louder until the kids jump.

This does not sound like the same ‘brave’ that I couple with ‘kind’ and run my house by (thanks to you:). So what the hell is it???? What is this thing we keep calling ‘brave’ and what happens when you climb back down the cliff and swim to the boat??

Brave is not succumbing to scary crap, is it? Isn’t it also brave to simply consider the leap? WHAT IS BRAVE?

Seeking the ‘G spin’ to make it all make sense.

I recently took my daughters to one of those mall pagodas to get their ears pierced. When it was our turn, my younger daughter took a deep breath, climbed into the chair, closed her eyes and said, “Okay! I’m ready!”

The piercer smiled and laughed and several onlookers said, “Look at her! So brave! That little one is so brave!” When her little sister hopped off the chair, my older daughter hung back, eyes wide, arm around my leg. Everyone looked at her expectantly and the piercer waved her over, but she stood still and said in a small voice, “I changed my mind. I’m not ready today.”

Before I could speak, the well-meaning piercer said, “Sure you are, sweetie! Be brave! Your little sister did it! It doesn’t hurt at all!” Tish’s grasp on my leg tightened and I flashed hot red inside. I knelt down to Tish and said, “Wow. That is SO BRAVE, honey. Even though all these people are here and want you to do this to your ears– you listened to yourself instead of to them. I am so proud of you. Trusting yourself to make decisions about your own body is so brave. You are BRAVE, Tish, in your way. Just like Amma is brave in her way. Let’s go. You’ll know when you’re ready. I trust you to know.”

We have to teach our children (and ourselves) that caution is often a sign of courage. That often NO is as brave an answer as YES.

Even if it disappoints others. Especially then.

As my little brave Tish said to me the other day in the car, “Mom, how come everyone says YOLO to try to get people to do dangerous stuff? How ‘bout be SAFE because YOLO???? You Only Live Once, so try not to get yourself dead so soon.” (Tao Of Tentative Tish right there, yes ma’am. BRAVE.)

I’m with you, Courtney. If we are going to tell our kids to be brave, we must also tell them what brave means. Over time I have come to believe that brave does not mean what we think it does. It does not mean “being afraid and doing it anyway.” Nope. Brave means listening to the still small voice inside and DOING AS IT SAYS. Regardless of what the rest of the world is saying. Brave implies WISDOM. Brave people are not simply those who JUMP every time. They do not necessarily “do it anyway.” Brave people block out all the yelling voices and listen to the deepest voice inside the quietest, stillest place in their heart. If that voice says JUMP, they jump. And if that voice says TURN AROUND – they turn around, and they hold their head high. Often the one who turns around shows GREAT BRAVERY, because she has been true to herself even in the face of pressure to ignore her still, small voice and perform for the crowd.

Brave people only answer to ONE voice and that is the voice that arises within. Brave people are just people who trust themselves more than they trust the crowd.

Brave is: To Thine Own Self Be True. And Brave parents say: I trust you, little one – to Be Still and Know. I’ll back you up. 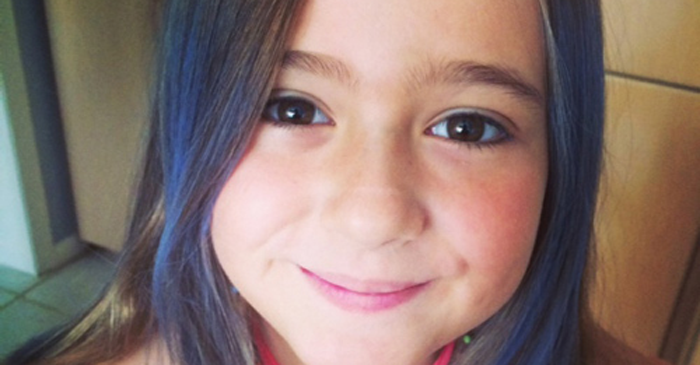