“The most revolutionary thing you can do is introduce people to each other.”  – anonymous

This Monday morning we begin our Momastory series. After much deliberation and shock on the part of the Carry On, Warrior marketing team…I decided that the best way to serve YOU, MY PEOPLE, while I’m gone on tour would be to introduce you to some of my favorite writers. Writers –  more than all the therapists and doctors and maybe even friends – have saved me. By making me think, by encouraging to look at myself and others through a new set of eyes, by insisting that I walk a mile in another’s shoes. They’ve made me kinder and braver – and that is all I’ve ever wanted to be.

This morning we begin with a brilliant woman whom I’ve come to know, love, and admire. Monkees, meet- Rachel Held Evans. 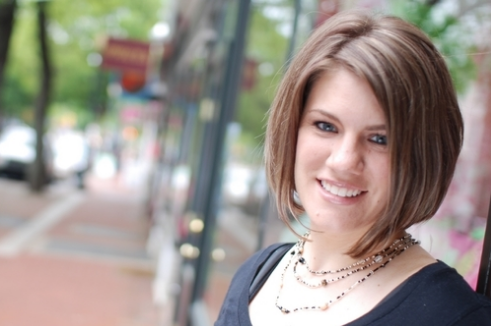 I don’t know about you, but I can’t make heads or tails out of my faith until someone puts it into poetry.

All the theology, doctrine, creeds, and confessions in the world can never explain it like Emily does. It’s “the thing with feathers / that perches in the soul / and sings the tune without the words, / and never stops at all.”

Yep. That sounds about right.

And so I shouldn’t have been surprised that when I was struggling the most to feel like a worthy woman, when I was tired and frustrated and crying out for faith, this recovering fundamentalist bumped into the Hebrew equivalent of “Carry On, Warrior,” in a 3,000-year-old poem I used to secretly hate.

The subject of a twenty-two line acrostic poem found in the last chapter of the book of Proverbs in the Bible, the “woman of noble character,” or “P31 Woman,” is cited at nearly every Christian women’s conference as the ideal to which all godly women must strive.

The bad news for the domestically-challenged among us is that the life of the Proverbs 31 woman is like a Pinterest board come to life: She rises before dawn each day, provides exotic food for her children, runs a profitable textile business, invests in real estate, cares for the poor, spends hours at the loom making clothes and coverings for her bed, and crafts holiday wreaths out of coffee filters. (Okay, so that last one was straight from Pinterest, but you get the idea.)

Growing up in the Church, I sat through many a sermon explaining how domestic exploits like these represented the essence of true womanhood, and over time, I began to see myself as less-than, once again falling short of some idealized notion of womanhood each time I turned to Sara Lee for dessert, used duct tape to “hem” my pants, or was reminded for the millionth time by well-meaning deaconesses who didn’t know the half of it that maybe, just maybe, God could still use me, “even though you aren’t a mother…yet.”

So when I decided to commit one year of my life to following all of the Bible’s instructions for women as literally as possible as part of a somewhat ill-advised book project, I knew I’d have to come face-to-face with the Proverbs 31 Woman in a way I hadn’t before.

I started by attempting to turn the poem into a to-do list, which should never be done, and which resulted in a 16-item list that included everything from lifting weights each morning (“she girds herself with strength and makes her arms strong”), to making a purple dress to wear (“she makes coverings for herself; her clothing is fine linen and purple”), to knitting scarves for my husband (“when it snows, she has no fear for her household, for all of them are clothed in scarlet”), to making a homemade sign and literally praising my husband at the city gate (“her husband is respected at the city gate, where he takes his seat among the elders of the land”).

I had a bit of fun with that last one, but the rest proved exhausting. Within a few weeks, I’d started and unraveled at least two scarves, broken the old second-hand sewing machine I’d dug out of my closet, cursed at the picture of Martha Stewart smiling glibly from the cover of my cookbook, and embarrassed myself at Hobby Lobby by crying in the fabric aisle.

Finally, I consulted Ahava, an Orthodox Jewish woman from Israel I had befriended during the project. The woman taught me to make homemade challah, so we were to be forever friends.

“So do Jewish women struggle with this passage as much as Christian women?” I asked.

Ahava repeated what I’d discovered in my research, that the first line of the Proverbs 31 poem—“a virtuous woman who can find?”—is best translated, “a woman of valor who can find?” And in fact, the structure and diction employed in the poem more closely resembles that of a heroic poem celebrating the exploits of a warrior than a domestic to-do list. Like all good poems, it was intended to highlight the glory of the everyday; it was never meant to be used prescriptively as a to-do list or a command.

“Every week at the Sabbath table, my husband sings the Proverbs 31 poem to me,” Ahava explained. “It’s special because I know that no matter what I do or don’t do, he praises me for blessing the family with my energy and creativity. All women can do that in their own way. I bet you do as well.”

In addition, she said, “eshet chayil”—woman of valor!—is invoked as a sort of spontaneous blessing in Jewish culture, Ahava said.  Think of it as the Hebrew equivalent of “you go girl,” or perhaps even better, “Carry on, Warrior.”

Friends cheer one another on with the blessing, celebrating everything from promotions, to pregnancies, to acts of mercy and justice, and honoring everything from battles with cancer, to brave acts of vulnerability, to difficult choices, with a hearty “eshet chayil!”—woman of valor.

So I set aside my to-do list and began using Proverbs 31 as it was meant to be used—not as yet another impossible standard by which to measure our perceived failures, but as a celebration of what we’ve already accomplished as women of valor.

When my friend Tiffany’s pharmacy aced its accreditation, I congratulated her with “eshet chayil!” When my mom finished her final treatment for breast cancer, I made a card that said “eshet chayil” on the front.  When I learned that three women had won the Nobel Peace Prize, I shared the new with my readers in a blog post entitled, “Meet Three Women of Valor.” When I read an early review copy of Glennon’s brave and beautiful book, Carry on Warrior, I cried a little and then hammered out an exclamation-point-ridden email declaring “ESHET CHAYIL – WOMAN OF VALOR!”

We women are brave in so many ways.

We are brave in ways worthy of poetry.

We are Proverbs 31 Women, not because of what we do, but how we do it—with guts, with vulnerability, with love.

Now, each morning, my inbox is stuffed with stories and pictures from men and women celebrating the daily acts of valor in one another’s lives.

I heard from a pair of best friends who, having both recently navigated some scary spaces in their lives, decided to overcome their fear of heights by repelling down a sheer cliff together. They went out and got matching “eshet chayil” tattoos afterwards.

I heard from a husband who was looking for the correct pronunciation of “eshet chayil” so he could surprise his wife at their anniversary dinner by singing this ancient blessing.

I heard from the mom who tweeted this: “I got a special power in Mario Kart and my five year old turn to me and proclaimed, ‘Woman of Valor!’”

I heard from a woman who had survived sexual abuse, depression, divorce, and the rejection of her church. Standing tall in her words she told me, “I know I am a woman of valor.”

So to all the monkees who are tired, who think those daily acts of faithfulness at work or at home or in relationships go unnoticed—you are women of valor. Eshet chayil!

To all the monkees who do hard things, who dream up Love Projects, and who belong to each other—you are women of valor. Eshet chayil!

To all the monkees who are feeding sweet babies, or longing to feed sweet babies, or going to meetings, or staring at medical bills, or turning in tardy slips, or making macaroni and cheese for the third time this week, or jumping back into the dating scene, or learning to waltz just for the hell of it, or knitting to keep your hands busy, or hammering out that first draft, or starting all over again—you are women of valor. Eshet chayil!

Your life is worthy of poetry. 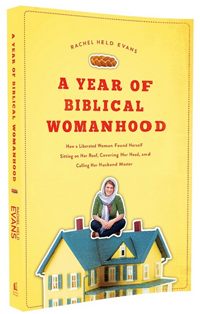 Rachel Held Evans is a popular blogger and the author of A Year of Biblical Womanhood. Find her at rachelheldevans.com.